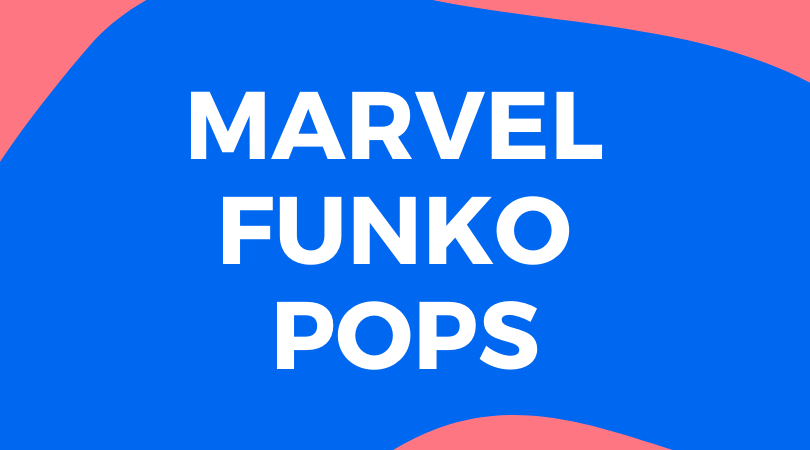 The Marvel Cinematic Universe has taken the world by storm. It consistently earns billions at the global box office and draws in millions of moviegoers. Many are proud to say that they’re fans of the studio, along with its whole slew of phenomenal characters. Each one has its endearing personality and origin story. The fascinating plotlines of both the comics and film adaptations have turned Marvel into a pop culture icon.

If you’re struggling to find something to give to your Marvel-obsessed friend or family member, take a look at these incredible Marvel Funko Pops. These collectibles will make for a great and memorable gift.

Here are 14 different Marvel Funko Pops that any superhero fan would kill to have!

14 Marvel Funko Pops That Would Make For The Perfect Gift 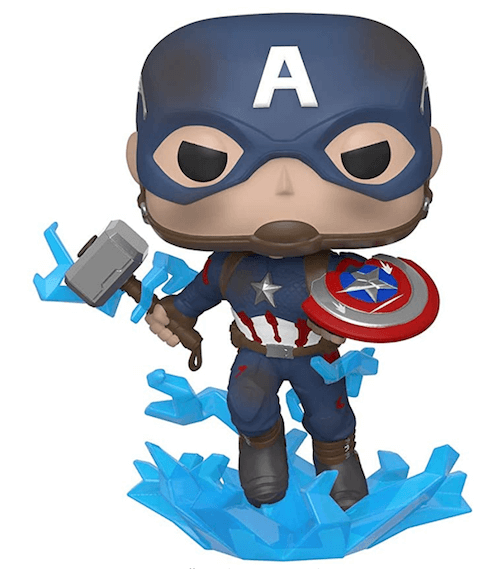 His selflessness, natural leadership, and outrageously hilarious one-liners turned Captain America into a household name. This adorable Funko Pop that pays homage to his incredible stance against Thanos in Endgame. Equipped with a broken shield and wielding Mjolnir, this Funko Pop will undoubtedly inspire you even at your lowest moments. 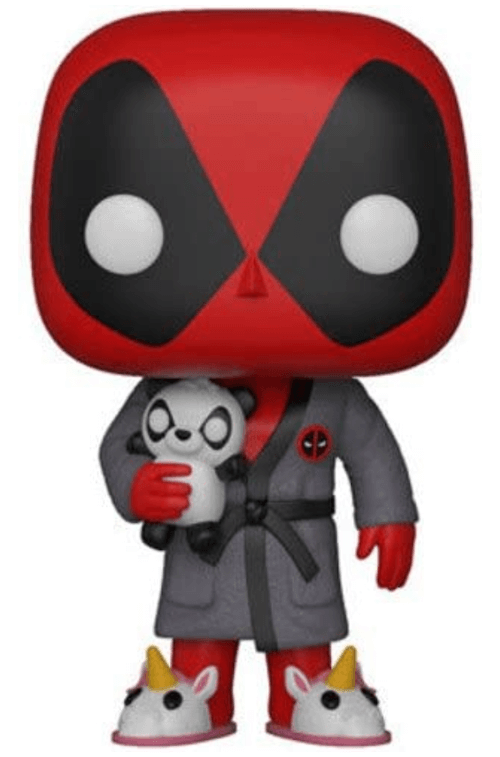 When the 2016 film starring Ryan Reynolds hit theaters, moviegoers everywhere were shocked at the shocking amount of profanity, crude jokes, and graphic violence that it contained. But soon enough, Deadpool was a massive blockbuster, earning millions in the global box office and skyrocketing Reynolds’ career even more. Additionally, it brought Deadpool, a relatively unknown Marvel character, into the mainstream.

This Funko Pop shows Deadpool the way he would have wanted audiences to remember him – as a lovable yet badass hero in a comfortable bathrobe and fluffy unicorn slippers. The outfit is definitely in stark contrast with his personality but that’s all the more reason to love it! 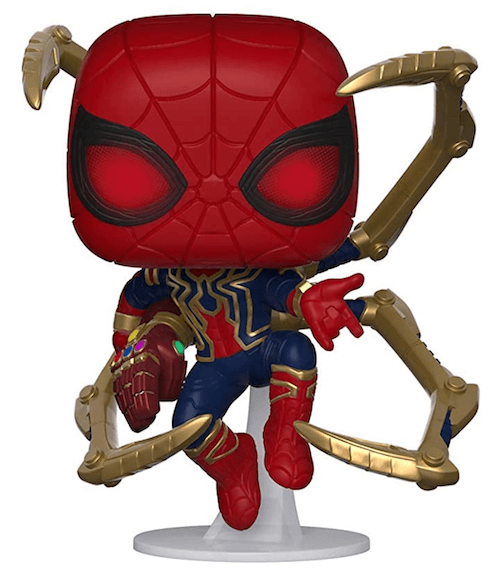 The past decade has seen three different adaptations of Spider-Man. The Marvel Cinematic Universe’s Avengers: Infinity War saw him in a brand-new high-tech suit, designed by Iron Man himself. The Iron Spider was infamously made using nanotechnology, providing the “Wall-Crawling Vermin” with an unlimited supply of webbing, plus enhanced armor.

This particular stylized Marvel Funko Pop features your friendly neighborhood Spider-Man in his most incredible costume, to date. With the Iron Gauntlet in tow and his hand prepared to launch an attack, this collectible is the perfect gift for any Marvel fan. 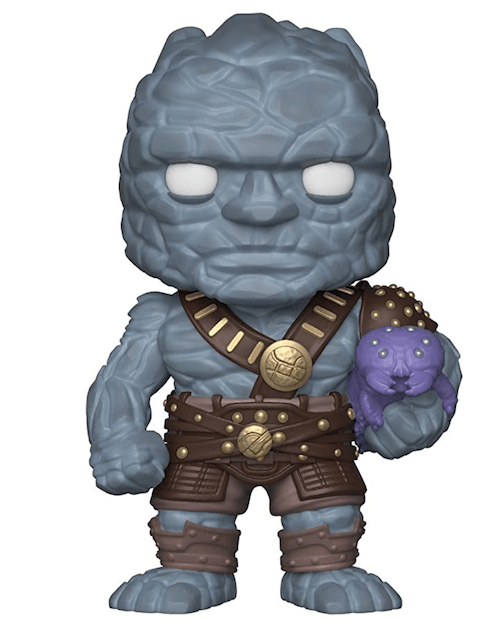 Audiences were first introduced to the fearsome gladiator, Korg, in the second installment of the Thor franchise, Ragnarok. Despite his terrifying physical attributes, Korg quickly endeared himself to many with his soft personality and close friendship with the larva-like creature, Miek.

This Marvel Funko Pop features the two friends at their best – Korg as a spine-chilling warrior holding the tiny Miek safe in his arms. 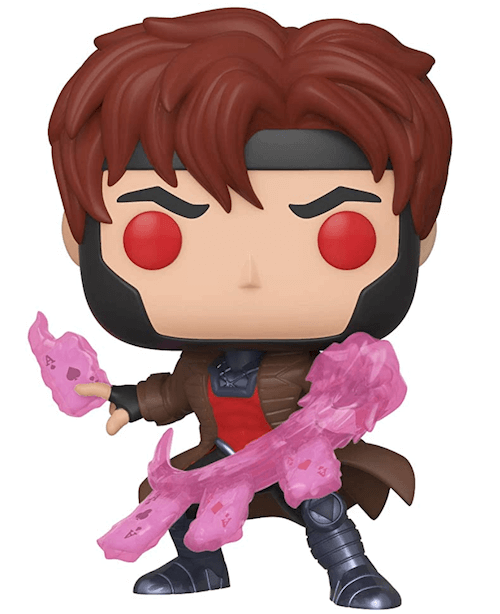 Remy Etienne LeBeau – better known as Gambit – is considered by many to be one of the most popular mutants in the X-Men. His brilliant manipulation of kinetic energy and use of playing cards as explosive projectiles has taken the group to many a victory. His handsome good looks – played by Taylor Kitsch – made audiences love him even more.

This Funko Pop features the classic Gambit that we’ve all come to know and love. His arm in a fiery blaze and ready to throw another one of his exploding playing cards, this is the superhero that nearly every young mutant in Professor X’s school looks up to. 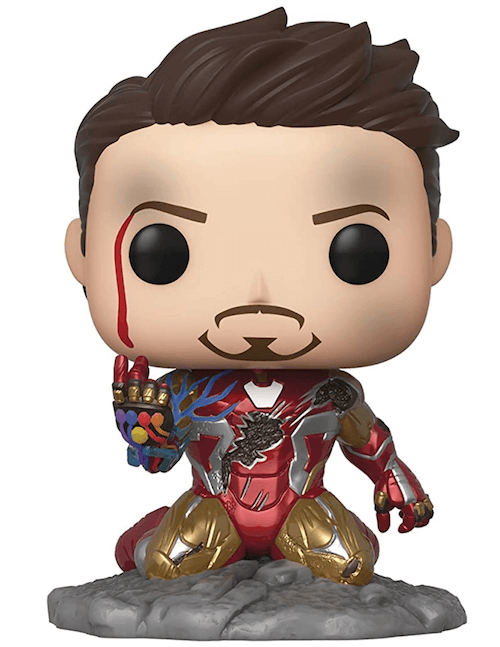 Naturally, no Marvel-themed gift guide would be complete without the genius, billionaire, playboy, philanthropist himself! Tony Stark kick-started the entire Marvel Cinematic Universe and his death in the final installment of the studio’s first phase brought millions across the world to tears. With memorable quips and selfless acts, Iron Man has cemented himself in the Marvel Hall of Fame – if one exists, that is.

This Funko Pop captures Tony Stark in his most epic moment – the Iron Gauntlet in hand, blood running down his face, and victory in his eyes after having just defeated Thanos. This collectible shows Iron Man at the very second his legacy was made and without a doubt, this is something that every Marvel fan out there would kill to have. 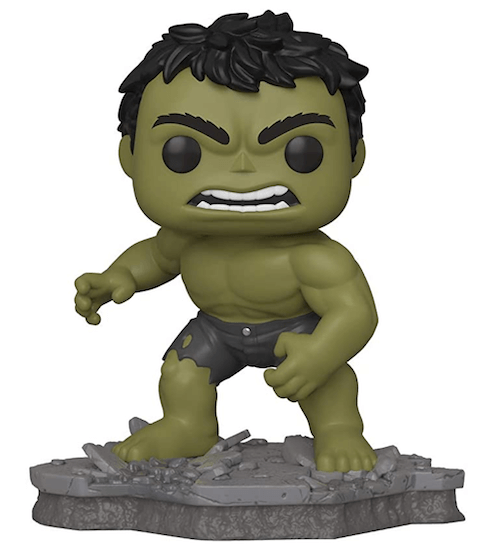 One of the original heroes of the Avengers, the Hulk hasn’t exactly been the most endearing character, however, his moments of self-doubt and insecurity have resonated with moviegoers everywhere. To add to that, Bruce Banner’s brilliance, as well as his witty and intellectual rapport with Tony Star, make for great scenes on the big screen, providing a respite from the chaos of the wars the superheroes were involved in.

This Funko Pop shows the Hulk the way we know him – a giant green creature with fury etched on his face, arms outstretched in preparation of smashing a few baddies. The level of detail on this collectible is incredible; it shows every muscle in the Hulk’s torso and even his ripped shorts! 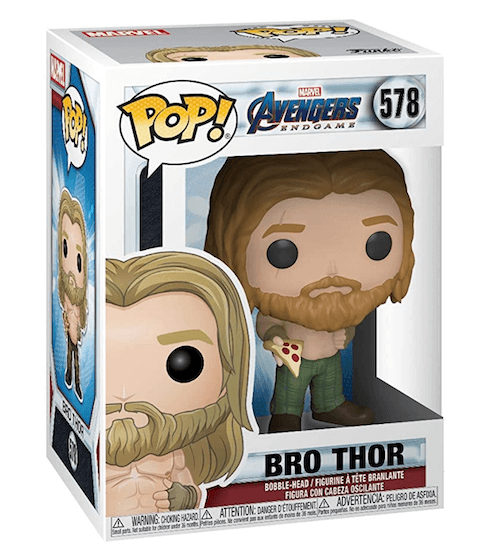 The God of Thunder may not be human himself but that has only made him more endearing. Wielding the infamous Mjolnir and his eyes glowing bright, Thor has struck fear into the hearts of those out to get them. To add to that, his love-hate relationship with his adopted brother, Loki, was a joy to watch unfold on the big screen. However, it was him at his fattest, most depressed, and most unmotivated self in Avengers: Endgame that most audiences remember him as.

This Funko Pop commemorates the Thor of that period – a slice of pizza in one hand, beer belly bulging over ratty pajamas, and his hair unkempt. Marvel fans wanting a piece of the universe’s history should definitely get their hands on this hilarious collectible! 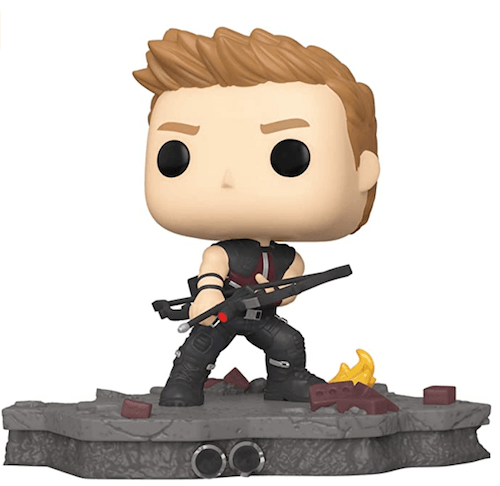 Perhaps one of the most mysterious figures in the Marvel Cinematic Universe, Hawkeye has always been an enigma – even to the most enthusiastic of fans.

This Funko Pop shows Hawkeye the way he was first introduced to us – a powerful, agile archer whose explosive bows terrorized the villains invading New York. The scary expression on his face, along with the fires blazing around him, makes this collectible truly one-of-a-kind. 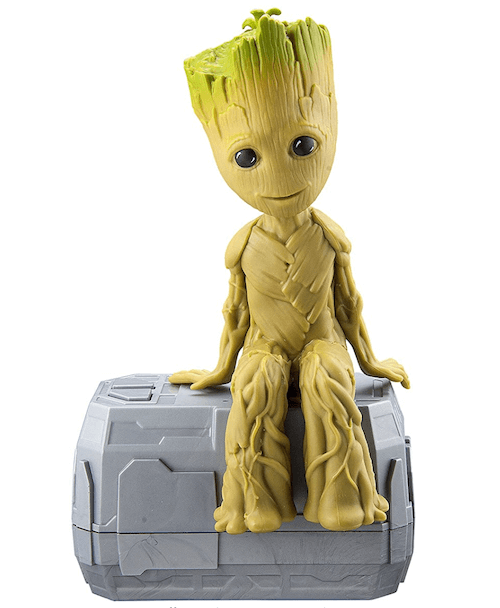 He may not say a lot but Groot is still one of the most loveable Marvel characters of all time. The opening scene of Baby Groot dancing his heart out was adorable.

Fans will totally melt over this collectible. It \ features Baby Groot with an angelic smile on his face. He even sways to the beat of the hit song, “Come A Little Bit Closer.” Pressing the button will treat you to a collection of him bellowing his lines in a wide range of emotions. From Happy Groot to Angry Groot, this little doll will undoubtedly bring joy to whoever receives it. 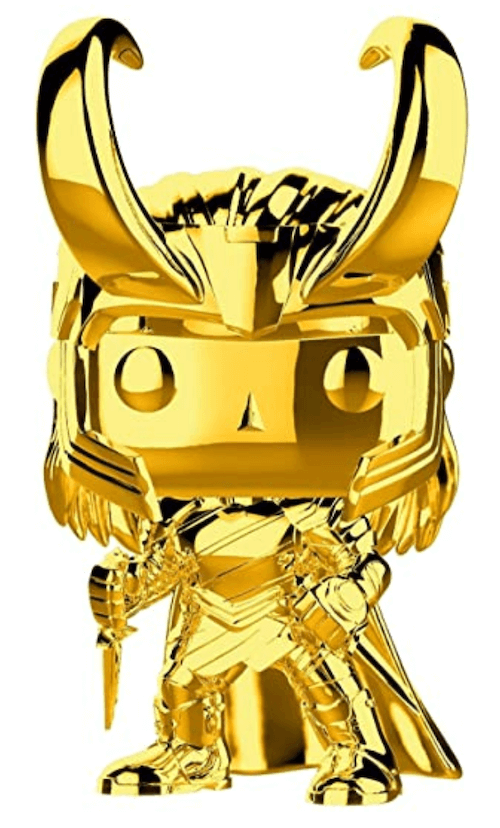 The God of Mischief was the first-ever Marvel baddie we met. His sarcastic one-liners, along with his hilarious facial expressions, quickly turned him into a crowd favorite. An outcast and villain who eventually turns into a hero, Loki is definitely a figure to remember.

This Funko Pop shows Loki the way he would have wanted audiences to remember him. He is a powerful individual dripping in opulence. Cast in chrome and with his trademark expression of disgust, this collectible is surely a treasure. 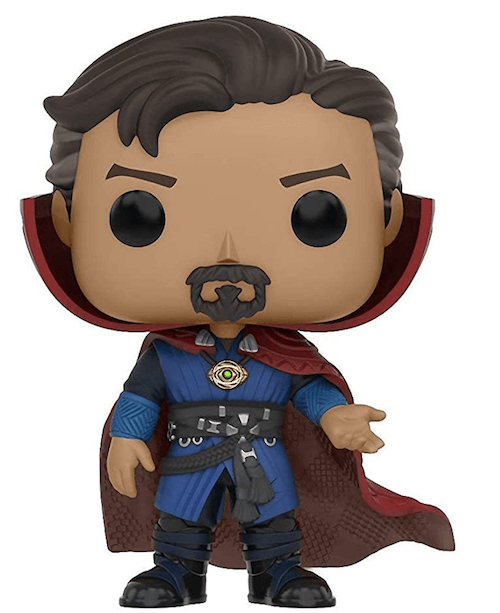 The once-arrogant surgeon turned enigmatic superhero is one of the more popular characters in the Marvel Cinematic Universe. His origin story as a man who had everything but then lost it all resonated with moviegoers.

This classic Funko Pop exhibits Dr. Strange wears the Cloak of Levitation wrapped around his shoulders and the peaceful, almost joyful, expression on his face. This slick and mysterious superhero should be in every Marvel fan’s collection. 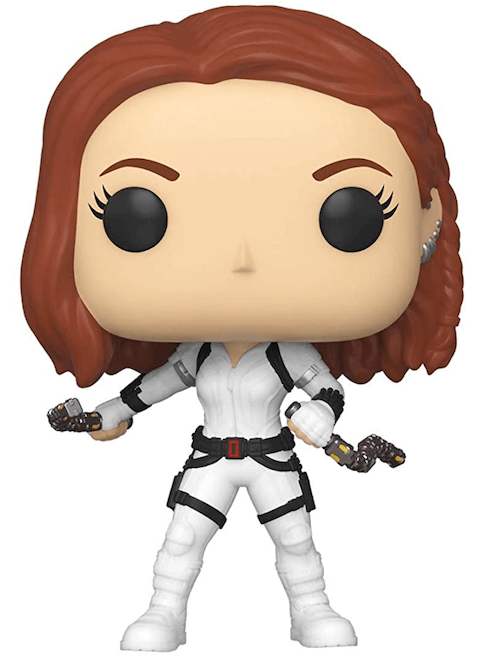 Her eviscerating wit, intelligent calculations, and ability to stay cool and sane under pressure drew in millions of moviegoers. Young females are excited to see a strong and powerful woman holding her own against otherworldly villains.

This Funko Pop shows Black Widow weapons drawn, fire in her eyes, and fierce determination. Without a doubt, this phenomenal hero is a must-have for every Marvel collection out there! 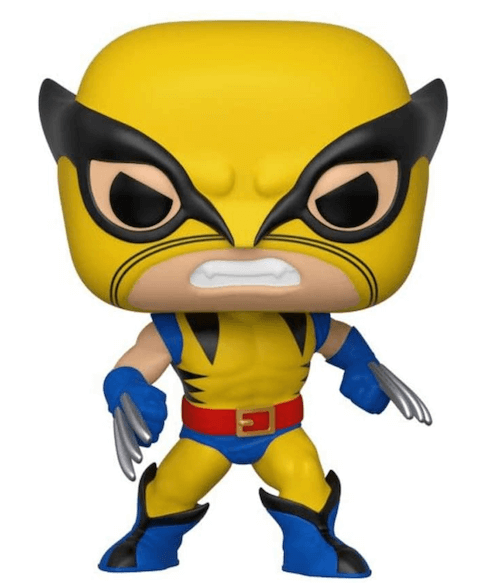 Perhaps the first superhero that most people saw portrayed on the big screen, Wolverine. He plays a crucial role in the development of the superhero blockbuster as we know it. As one of the original mutants in the X-Men, Logan is considered one of the heroes that kick-started it all.

This Funko Pop features Wolverine in his classic costume. He wears a yellow and blue suit decorated with tiger stripes that add to his fierce persona. Its timeless and simple elegance will certainly make for a great collectible.

Like these Marvel Funko Pop Collectibles? Pin it for later! 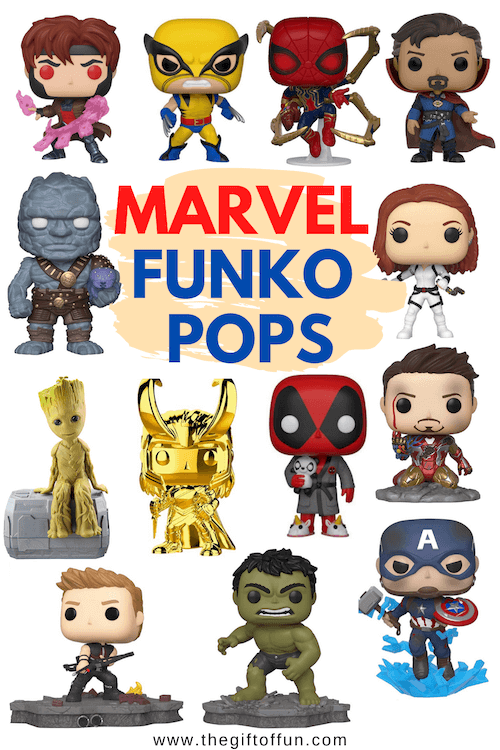 Check out some of our other fandom gift guides like our Lord of the Rings Gift Guide and our Doctor Who Gift Guide.

The Best Fortnite Gifts for the Gamer in your Life

Get all latest content delivered to your email a few times a month. Updates and news about all categories will send to you.
Close Menu